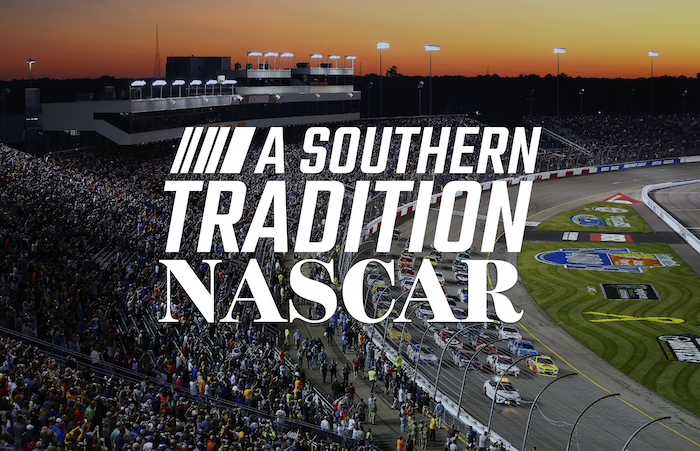 Let’s talk NASCAR. It’s fast. It’s exciting. Grown men and women fuse cushy in their chairs, whooping and hollering at television screens, watching as their favorite driver’s circle round and round on the tracks. Little toy cars string in two long rows across the floor. A little boy lies on his belly, making curious sounds with his mouth, pretending that he is the driver rounding the final curve, making his way to the big win. From coast to coast this alluring attraction grows. But in the South, only church and family are held in higher regard.

The National Association of Stock Car Auto Racing has drawn the attention of many over the years, and is best known for stock car racing. Its three largest series are the Monster Energy NASCAR Cup Series, the Xfinity Series, and the Gander Outdoor Truck Series.

It all began in 1934 when a man by the name of Big Bill France convinced the Daytona Chamber of Commerce to stage a beach race of stock cars along the Daytona Beach. In 1949 Big Bill met with a group of 35 individuals who held the same interest… and NASCAR was born.

Connecting with fans… That was the key, and Big Bill was wise enough to know it. And yes, it was intentional that cars zooming around the track were the same kind of cars ordinary men drove every day on the streets. Enticing the google-eyed fans as they watched, they could imagine themselves in their own cars accelerating at high speeds round and round and round on the tracks. It’s what made Bill’s endeavor more accessible than some of the European racing leagues that used supercars.

Speeding around tracks across the country at high speeds of 100-215 miles per hour, the NASCAR driver’s team consists of driver, sponsor, engine builder, pit crew. Drivers are paid by sponsors to race their brands to the winner’s circle.

Kyle Busch said of his first big check, “My first big paycheck wasn’t all that big. I had to go out and buy a truck…so I went out and bought a… five-year-old used vehicle from Papa Joe Hendrick, who was one of my previous bosses.” He says, “I still have that truck today.”

I could not finish this blog without hearing from one of NASCAR’s biggest fans: my son, Aaron. Few if any whoop or holler as loudly as he. When he was ten years old, we surprised him by taking him to the Earnhardt museum in North Carolina. We told him we were going to a furniture store. All the way he murmured and complained. Belly aching, he didn’t wanna go to the furniture store. Boy, you should have seen his face glowing, his eyes bulging, his mouth grinning ear to ear when we pulled up to the Earnhardt property.

As we see the crowds shrinking each and every week, NASCAR is making desperate moves in attempts to restore the once claimed title of “2nd most popular sport in America” with the NASCAR Indianapolis’ event moving to the 4th of July, a move unpopular among fans, as it is replacing the long adored Summer Daytona race.

Many fans say the future of NASCAR should more-so reflect the past, “bring back the good ole days.” A good start to restoring the now dwindling Motorsport’s popularity would be to refurbish tracks such as North Wilksboro in the beautiful foothills of the Blue Ridge Mountains in North Carolina. Wilksboro was phased out in 1996, and gave way to facilities with larger seating capacities.

In recent years plans to rebuild the track were submitted and it’s no secret that a lot of people would love to see the track on NASCAR’s schedule. Currently for sale at 12 million dollars for the aged facility, still sitting, aging with hopes sinking deeper in history, becoming harder and harder to bring back with each passing season. Many fans, myself included, hold onto the hope that someone will come along with enough funding to purchase and bring back the once cherished event.

The race is on its final lap.  The night has been long. The checkered flag is out. The flagman leans far over the edge of his high up stand, waving the flag with all his might. Black and white squares beat hard against the wind. I asked my nephew, race car driver, Michael Timmons, from Upstate, South Carolina, what thoughts go through his head when he sees the checkered flag come out on that final lap? This is what he said.

“If I’m winning, ‘Am I gonna make it?’ I’m worried that something might go wrong. But if I’m not winning, relief. I’m tired, and glad it’s about to be over.”

As always, I’d love to hear from you, so comment below! I’d also like to invite you to join my mailing list. Joining enters you into our monthly book drawing, as well as our quarterly prize. Thank you so much for reading, and I hope you have a great week!

If you’re interested in learning more, here are this week’s sources: